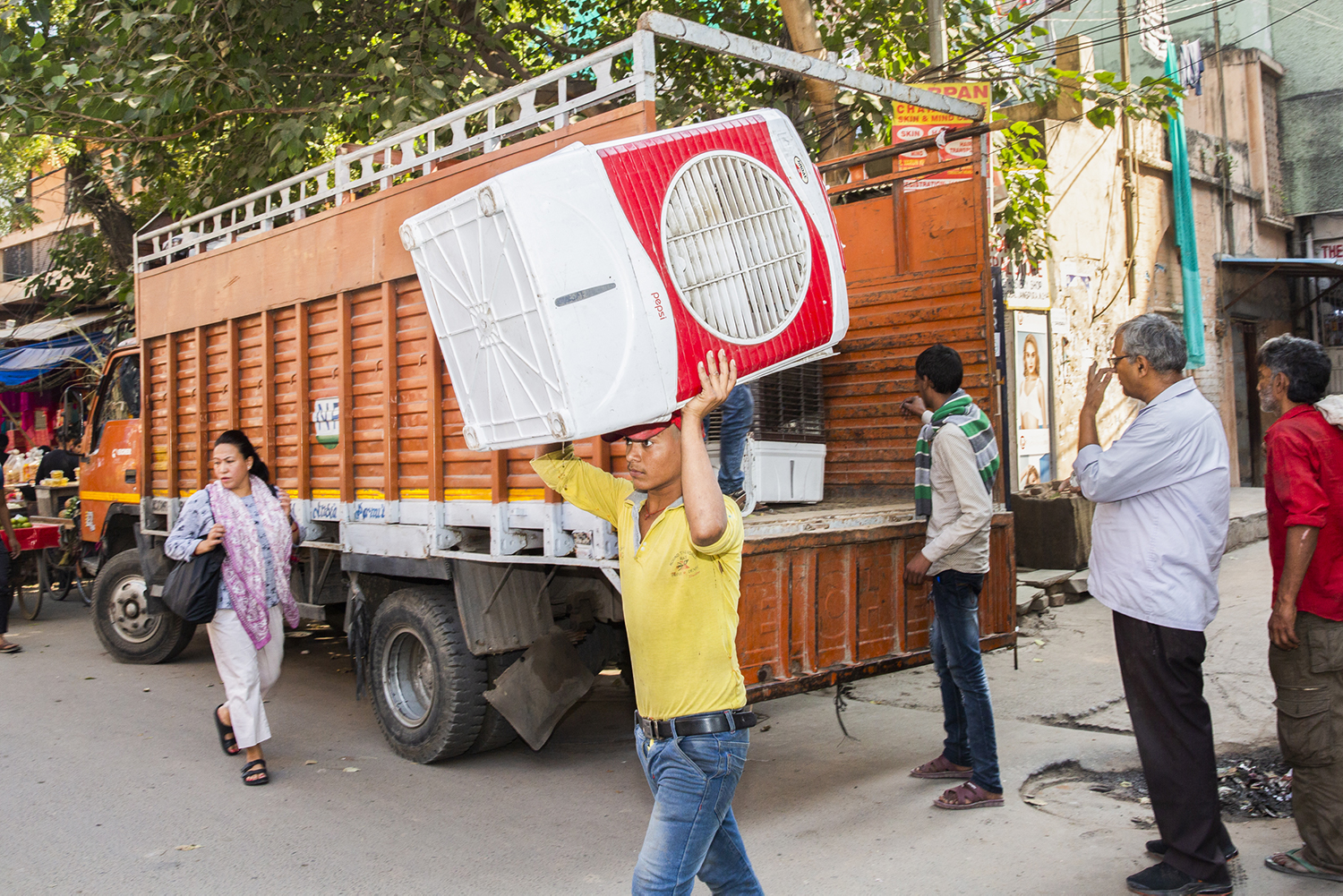 In 2020 our world has been completely turned upside down by the Covid-19 pandemic, and while governments around the globe are starting to slowly ease lockdown measures as I write, to a large extent we still don’t know how our new world will look like in the months and years to come.

While we know for sure that we will need physical distancing, the evolving scientific knowledge on the virus’ characteristics will directly impact our way of life in the near future. For instance, the way SARS-CoV-2 spreads through the air and the time it remains active on different surfaces directly influences the way we have to rethink our living spaces and habits. In particular, one recent preliminary study points to the role AC may have in facilitating diffusion of infectious droplets from positive individuals. This highlights the fact that we also have to rethink our space cooling and heating systems in the light of the coronavirus pandemic, and possible outbreaks of airborne diseases in the future.

What alternatives to AC do already exist today to achieve thermal comfort, especially in places where air cooling and heating is essential to ensure decent living, health, and working conditions? Let’s take a look at India, one of our case studies.

Long before climate change and the widespread electrification of the sub-continent, Indians have traditionally kept cool by relying on a number of passive techniques. Just a century ago, the maharajas of Rajasthan could enjoy pleasant breezes in their palaces thanks to clever architectural features, while in historical city centers like New Delhi the inhabitants kept the heat outside of settlements during summer heats thanks to thick walls, wise building orientation, and narrow lanes.

Only recently has India managed to ensure energy access for its entire population, but fans and ACs have began to spread slowly in Indian households since the 70s. “While we are still completing our studies on the dynamic of AC and fans adoption in India, we can already see that the penetration rate of these cooling devices follows closely the evolution of the society’s wealth. In other words, as soon as you can afford one, you buy the cooling device you lack”, says Enrica De Cian, Principal Investigator of Energya a research project dedicated to these very issues. “According to our elaborations based on the Indian National Sample Survey Office, 15 years ago fans were present in 76% of Indian households, reaching 88% just 5 years later, while the percentage rose from 11% to 15%  for households with air conditioners during the same timespan”.

The AC surge in particular has had an important impact on the electricity bills of households, but also on India’s energy system as a whole.

Dattakiran Jagu, an energy researcher based in Delhi and collaborating with Energya, points to the “chronic deficit in peak electricity supply occuring during the summer months in most Indian cities. When people get back to their homes from work, they switch on their ACs over the evening and night hours, causing a huge additional load on the already stressed electricity grid. With the generation of electricity from renewables – particularly solar energy – being unavailable during these crucial high demand moments, and with large scale energy storage still being prohibitively expensive, India continues to depend on high carbon emitting sources to meet these seasonal additional power demand due to ACs”.

Available studies show that – in addition to increasing urbanization and wealth –  climate change will also play a decisive role in the surge of the number of ACs in India, which are projected to reach 40% of households in 2038. “The number of Cooling Degree Days in India are projected to increase by 25% and 40% under moderate and high warming scenarios” says Malcolm Mistry, a researcher at Ca’ Foscari specialized in analyzing climate data for Energya. “At the worldwide level, a recent study we published in “Nature Communication” shows that this will result in a 10% to 25% increase in energy demand by 2050,” Enrica De Cian adds “with important consequences for GHG emissions and therefore for climate change itself, resulting in an infernal loop”.

How will India be able to face this challenge?

As with all thorny issues, experts we spoke to at the CSE – a widely respected research and policy center based in Delhi – say the answer must be multifaceted and will be based on a number of factors, from building policies to education, energy generation to energy efficiency and investments in R&D. On the technology side, viable high-end alternatives such as heat pumps and highly efficient ACs are already available on the market, but they still cost too much for most people. While India waits for their cost to decrease thanks to uptake, the country needs to urgently find alternative ways to ensure thermal comfort for its gigantic population without depleting its resources and jeopardizing its climate objectives. One way could be to find renewed inspiration from traditional solutions for space cooling, and restore them to general use.

As in many other parts of the world, the evaporative cooling principle has been known for centuries in India and was widely applied to ensure thermal comfort. This is how it works. When the evaporation of a flow of water is facilitated by an air ventilation system, water tends to change status from a liquid to a gaseous state, acquiring thermal energy from its surroundings to perform this chemical reaction, thus resulting in a cooling effect on the environment. Such cooling techniques can still be found in two main types (among others) in several locations in India.

One renowned expert of vernacular architecture, Vinod Gupta, describes the emperor’s throne at the Red Fort in Delhi in his 1984 article Indigenous Architecture and Natural Cooling: “surrounded by two sets of columns about four metres apart. Each set of columns could accept curtains and screens according to the need at any time. It is said that in summer there were three sets of screens used, two of them of grass mats kept wet by sprinkling of water. Heavy quilted curtains were suspended in place of these screens in winter. In the daytime these curtains were raised up to allow the sun to warm up the building interior and they were lowered in the evening to retain the warmth. Curtains of this type exist in the Deegh Palace near Bharatpur in Rajasthan even today”.

Relying on the same principles, but with a modern twist, the so-called Desert coolers are passive cooling evaporative systems which have been very popular for decades in Northern India, where the climate is relatively dry during most of the year. These devices basically combine a fan to provide an air flow, together with the circulation of dripping water, ensuring satisfactory levels of comfort at a fraction of the energy and costs needed to run an AC.

Basic desert coolers are still in use today in parts of northern India, usually in the dry hot months before the June monsoons , but are unfortunately being phased out to make way for more energy-guzzling ACs.

Again, by relying on the same principles of evaporative cooling, an architecture studio south of Delhi has been working towards an upscaling of these devices to cool down parts of buildings or heat waste from machinery, without the use of air conditioners, but only with passive screens. The system they have invented relies on terracotta cylinders made by traditional potters, stacked in a structure placed outside buildings and facilities, on top of which water is constantly poured.

Monish Siripurapu, founder of Ant architecture studio in New Delhi, has illustrated to us how Beehive performs, taking as an example the first one they installed  at Deki Electronics in 2018, an important film capacitor factory in Noida, Delhi.

“Beehive was installed in front of the machinery which expells waste heat from manufacturing, right at the entrance of the complex. The machinery was exposing the workers to a continuous outflow of air in excess of 50°C during summer, at a speed of 10m/sec.”

The cylinders provide a larger surface area to maximize the cooling effect of “the water recycled from the factory at room temperature, which is constantly poured onto the surface of the cylinders, resulting in a temperature drop of more than 15° degrees Celsius, with a recorded air flow of 4m/sec.”

The solution is ecological and aesthetically pleasing, while employing traditional craft methods. It requires low maintenance and minimal electricity for the water pump to operate in a closed cycle. Since 2018 the Beehive system has been installed in a number of different locations in India, as a permanent cooling asset or even as a temporary art installation.

Monish Siripurapu and his team are also working on varied versions of their invention and are testing their setups in different environments to see their relative performances. He concludes: “what we are trying to do is to use art as a medium, to convince people to come up with techniques that are aesthetically pleasing and at the same time functional”.

Until a vaccine or a cure for Covid-19 are made available, societies will have to rethink globally the way they function. Shared spaces and services taken for granted until yesterday will have to have to be reshaped completely to minimize the risks of virus spread. This concerns firstly the design of transport systems, working, shopping and living spaces, but equally important are the way those spaces are ventilated and how thermal comfort is ensured.

Depending on the climate, the resources available and the building architecture, different alternative solutions may be advisable to safely and efficiently cool down buildings. In the light of the evolving available scientific evidence concerning the virus SARS-CoV-2 , and of the consolidated knowledge concerning space conditioning, it is fundamental to present decision makers with the full array of possible alternatives, so that they can make informed and sound choices. 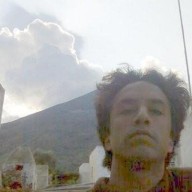