Space cooling already accounts for 14% of residential electricity demand in Brazil; it is expected to increase further because of climate change, but a very few studies to date investigate this relationship.

In our new study in Energy & Buildings, we investigate how climate and income during the period 1970-2010 shaped cooling services in Brazil. This historical relationship allows us to project the resulting energy demand for cooling services for 3 warming scenarios : +1.5°C, +2°C, +4°C.

Brazil is a very peculiar country as it varies widely in climatic conditions and population density, so high CDDwb do not translate into relevant energy consumption, excepting for the city of Manaus in the North region of the country, with the seventh largest population of Brazil at the center of the Amazon rainforest.

For Brazil as a whole, the average AC equipment days of use would increase by more than 100% in a 4 °C warming scenario. This would substantially impact the need for space cooling and consequently the associated energy consumption.

The North is the region with the highest average CDDwb in all scenarios. However, due to its low population density, the potential impact on energy demand is not large, also because the region is already saturated, with an average of 328 days of use. On the opposite in the South region, temperature increase of 4°C would inflate by almost 5 times energy consumption. As warming increases, the share of the Southeast in total AC demand also increases, becoming the most relevant.

Because of cooling needs, the CO2 emissions historical average of 0.62 Mt per year is projected to increase in the 3 warming scenarios respectively by 70%, 99% and 190%.

In addition to temperature, we find that population density and income of a region are crucial in shaping energy demand. These socio-economic drivers being also important to assess trends in ownership rates and types of AC units in use, as typically there is a deﬁcit in achieving thermal comfort in many  brazilian households because of budget constraints.

Consequently, total energy demand for space cooling in the country may rise consistently because of income effect alone, as it has been observed in the ﬁrst decade of this century. Considering population and income increase alone, the ownership rate of space cooling appliances in Brazil can reach 96 AC units per 100 household in 2035, compared to a current average of 40 units, boosting energy demand by 125%.

Energy efﬁciency can potentially reduce this growth in energy consumption observed for all warming scenarios. The potential carbon emissions avoided by energy savings from efﬁciency measures depends on the fuel mix of the power sector. In Brazil, a 59% improvement of efﬁciency is feasible but it would require much more aggressive energy efﬁciency policies than those currently in place. 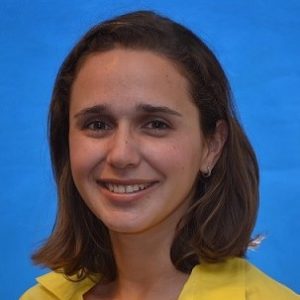 Chemical engineer seeking to understand the world through modeling energy and climate. Interested in social and environmental issues. A new mum rediscovering herself.