One of the main issues we will study in ENERGYA is the heterogeneous responsiveness in the demand for different fuels and energy services to meteorology, in different countries. More in details, we are interested in the way the response to extreme events varies, as opposed to the mean climate.

By looking at this relationship across countries with very different climatic conditions, we should be able to shed light on the specific role of climate as opposed to weather, pointing out also the role of cultural or physiological factors (e.g. acclimatization) that might lead to different patterns.

Indeed, the four countries we are focusing on in ENERGYA – namely Brazil, India, Indonesia and Mexico – vary not only in terms of size, but also in mean climatology. Moreover, their seasonal patterns and variations in mean climate show a great heterogeneity.

For instance, northern India experience subtropical highland climate with sub-zero temperatures in winters, while the central and southern parts do witness frequent heat waves during the summer. Similarly, climate classification in Brazil and Mexico include 6-8 broader zones as for the Köppen-Geiger classification, as illustrated in the map here above.

If we focus on the historical (-2013) annual Cooling Degree Days (CDD) across these four countries, we can see that they do differ greatly in terms of magnitude, but it also exhibits heterogenous inter-annual variability.

These contrasting magnitude and trends in the CDD along with the different projected population growth rates could potentially lead to very different levels of thermal adaptation across the four countries.

If we begin to consider future global warming scenarios, we can not only see changes in the mean temperatures across these four countries, but we also witness important increases in the annual CDD with a corresponding demand for cooling. 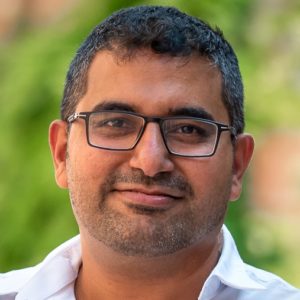